The latest release of WordPress, version 4.7.4 has been rolled out as a maintenance release which has fixes for 47 critical issues disclosed in the 4.7. The update features a visual editor compatibility fix, which will be in sync with the upcoming version of Chrome. With the maintenance release available, there will be no more broken thumbnails while uploading video and audio files. You can consult a WordPress developer for hire for performing a precise update for your WordPress website. The update also features the ability to Shift-click a number of checkboxes for selecting multiple options at once. Key Highlights Of The Update Visual editor compatibility fix for the next version of chrome. Broken thumbnail bug fix for audio and video. Enhancements in REST API for data handling. Restores the ability to perform multiple select from a range of check-boxes. How To Update? It is always better to d deactivate the plugins before performing any upgrade with WordPress. Save the WordPress XML files in a hard drive. Click on the Tools icon and select Export. Now, download the Export File. You can create a new Folder on the hard drive where the website files will be stored. Even apart from the updation, you should back up the website files once a month. Create a backup for your WordPress database. You can find a plethora of plugins which will make it easier to create a backup. You can also use the plugins to schedule monthly backups for your website. Download a 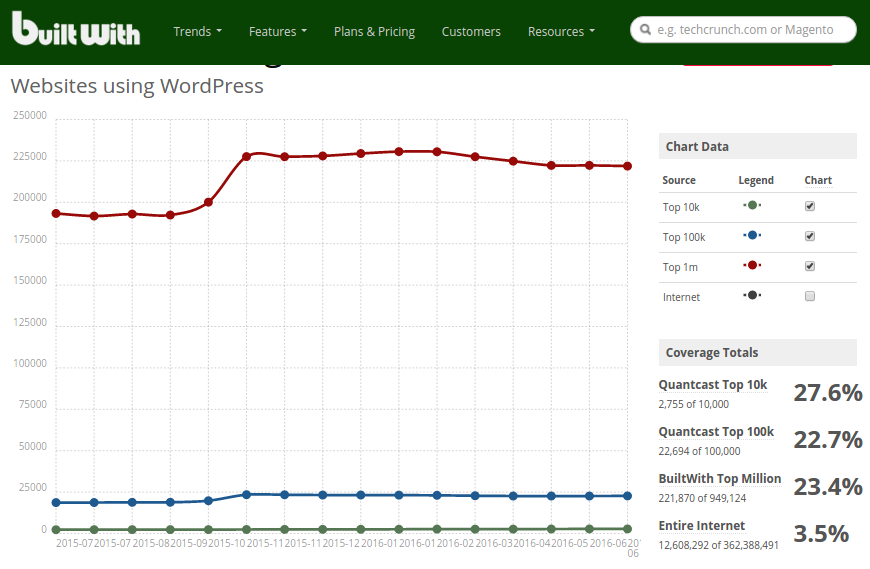 As per builtwith.com, 12,608,292 live websites run on WordPress. With such a huge population there comes a lot of responsibility to shoulder and this is why the team of WordPress work day in and day out to render a robust platform to the developers as well as users who count on the technology. WordPress 4.5.3, which is kind of the security update that was released recently. The update is released to make sure that the development offers all the security issues even from the previous versions. Therefore, it is advised to update your systems immediately. What WordPress 4.5.3 has to offer? Though WordPress 4.5 offers numerous features, but there were some loop holes in the system that needs to be corrected. This update also includes redirect bypass in customizer,  problems in XSS, using stolen cookie for changing the password, and several other things. Apart from these security fixes, this update deals with other 17 bugs from older versions  4.5.2 and 4.5.1. Their vulnerabilities were discovered by several members of the community. The main reason is the constant vigilance of the member of the community that strives hard to make the WordPress platform quite stable for the community members. How to update? To update  you need to  go down to updates on the Dashboard of WordPress website and  then click on “Update Now.” However, those who might have enabled the automatic updates settings, will be already working on their automatically updated website. There were some security issues that were lingering in